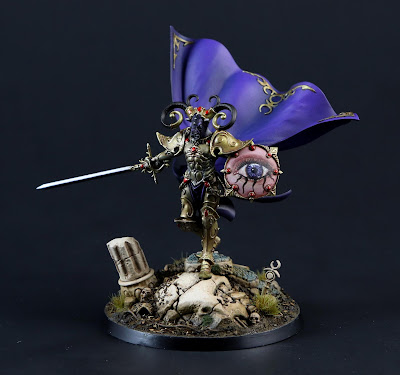 Glot'kuleth is one of the Six Demon Kings of Ulgu. Each is a pinnacle of Slaanesh's ideals to excess and depravity. Each excels in their pursuit of unnatural desire and corruption. Glot'kuleth is the paragon of Slaanesh's need to subjugate those within his power. Those beneath Glot'kuleth's heal writhe in humiliating bondage as his whims dictate the punishments to which they are subjected.

During the Age of Myth as the chaos gods sent their favored servants into those lands which they coveted best Slaanesh sent His six Demon Kings into Ulgu to carve out kingdoms dedicated to depravity and dominance. Through corruption and outrageous violence Glot'kuleth dominated an area within the Third Dominion that now stretches from Stormfall Peak to the Everdeep Sea at the realm's edge. Gluthirst is the shinning jewel of Glot'kuleth's kingdom and no excess is denied or taboo within its confines. The corruption and perversion of the city spreads far beyond its walls into the surrounding hamlets. Innocents are hunted by the perverse as they flee through shadowy forests echoing with exotic birds and the cries of twisted beasts. Slaangor roam the dark fields and forests unhindered. 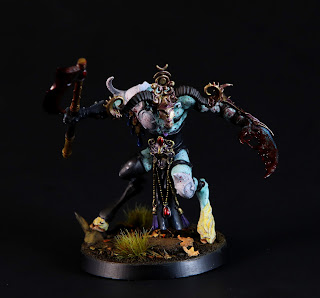 Schools dedicated to all major forms of the Dance of the Wailing Blade can be found within the kingdom and regular tournaments are held within the court to display the deadliness of the Myrmidesh's killing arts. Each school vies for the court's favor and the recognition of its own form as superior to others. 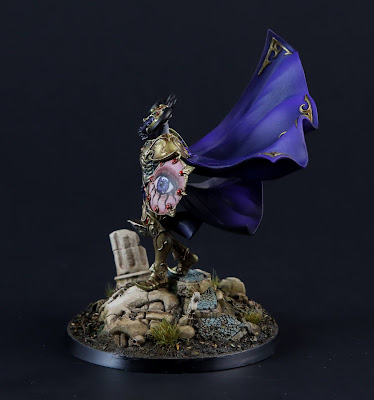